Pinot Noir from Burgundy (Bourgogne) has become increasingly expensive. I also think that Burgundy is one of the most confusing regions for consumers.  With more than 84 appellations in Burgundy alone, and thousands of producers – who each may sell as much as 100 different wines, it´s not surprising that for an average consumer who just wants a good bottle of wine at a descent price it can feel overwhelming.

The Burgundy wine region stretches from Chablis in the north, better known for white wines made from Chardonnay, through to the Côte d´Or (Golden Slop) which comprises of the Côte de Nuits and Côte de Beaune), then carries on further south to the Côte Chalonnaise and Mâcconais.  In addition, whilst Beaujolais is officially part of Burgundy, its inclusion in Burgundy has always been controversial with many citing that its climate and wines have traditionally been quite different.  New legislation being discussed this year however will re-incorporate Beaujolais fully into Burgundy once more.

Red Burgundy is made from Pinot Noir and accounts for almost 30% of the wines produce in Burgundy.  Just as for White Burgundy (made from Chardonnay), there are four quality categories to consider: Bourgogne AOC wines which can come from almost anywhere in Burgundy, Village AOC wines which have the name of the village, Premier Cru wines which have the name of the premier cru vineyard within the village, and Grand Cru which are the absolutely best plots/vineyards within the region. Famous Pinot Noir Grand Crus such as Romaneé-Conti, Richebourg, La Tâche produce exceptional wines wines which sell for astronomical prices.  When I checked today, a bottle of Domaine de la Romanee-Conti wine Romanée Conti Grand Cru can set you back 12,950 GBP (just over 150,000 kr) per bottle! 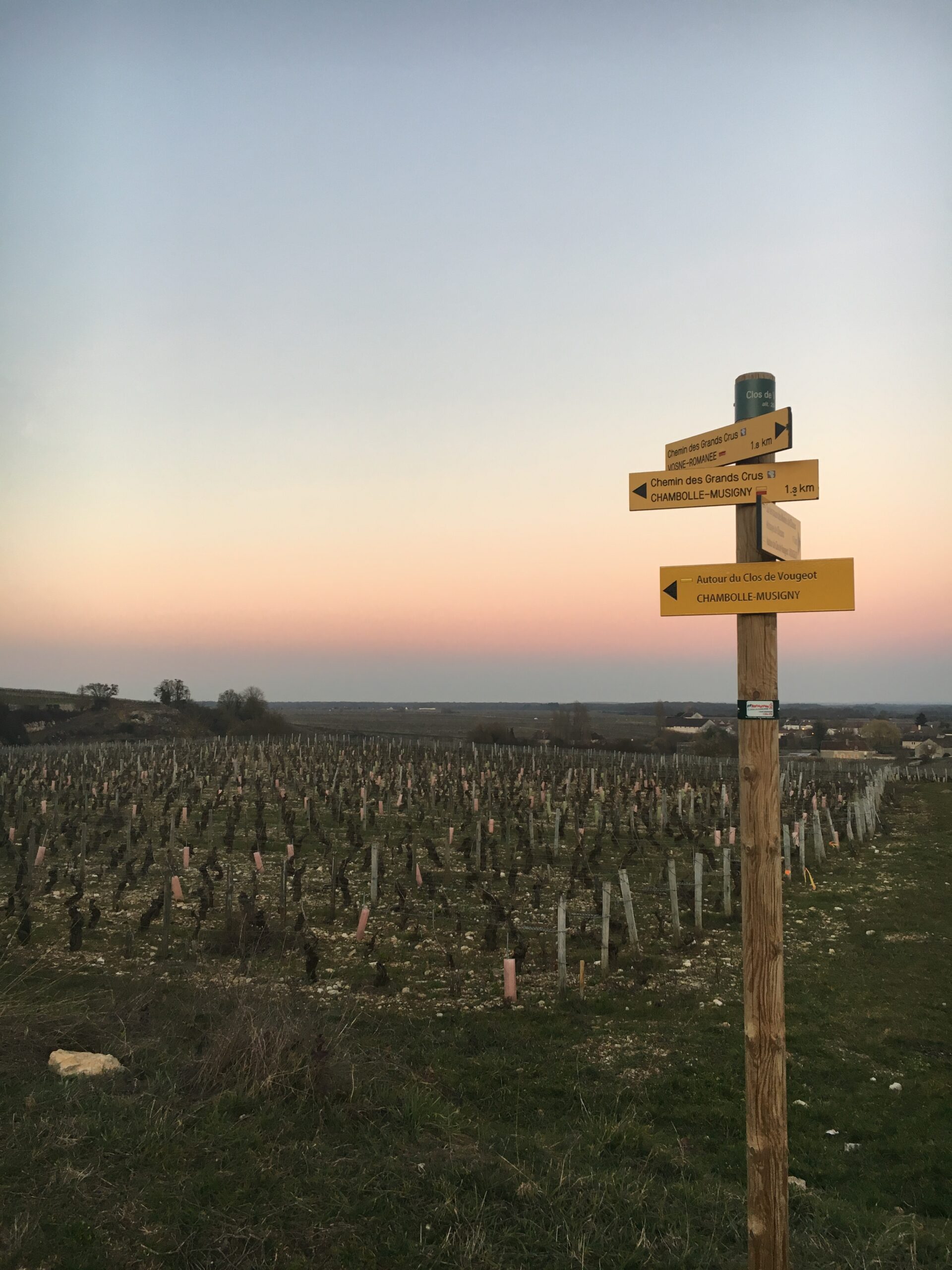 Navigating your way through the high quality Burgundy can be a challenge! Photo copyright Jane Nisbet Huseby

So how do you navigate your way through red Burgundy and how do you get a good bottle of wine that doesn’t break your bank account?

So we are not looking at the Grand Crus of Burgundy if we are just browsing casually through the shelves in Vinomonopolet looking for a good quality everyday wine.

My advice if you are new to Burgundy is to try some of the wines labelled as Bourgogne Rouge AOC.  Although all the communes have the right to produce Bourgogne Rouge, look out for top domaines or winemakers.  Often these producers make their Bourgogne Rouge from vines which are still a little too young  – meaning that the vines are still not producing fruit with enough fruit concentration or maturity for their grapes to be added into their higher classified wines.  In addition some of these Bourgogne Rouge wines can come from sites that lie only a few metres away from high quality sites. Another option is to look for reds labelled as the Hautes Côtes de Nuits appellation. These vineyard areas lie higher on the slopes in the Côte de Nuits,  and whilst previously the wines from here were often quite thin and not so interesting, a new generation of winemakers who are also helped by climate change are making some lovely more accessible and reasonably priced wines from here.

A couple of years ago I had the opportunity to meet with Nicolas Potel in his winery in the heart of Beaune.  It was a fascinating visit, and a bit like a mad professor, he hunted all over his cellar like a terrier, climbing up onto barrels to find yet another special barrels so we could really understand individual expressions amongst these numerous samples. I felt really honoured by his generosity and willingness to share his knowledge and it gave me great insight into his vision and ambitions in the hunt for the best expression of individual terroir.  Nicolas Patel has two business – his own Domaine de Bellene and the negotiant business Maison Roche de Bellene which has quite a mixed portfolio of managing some individual vineyards, buying in grapes from growers with which he has long-term relationships or occasionally simply buying wines.  Quite a range of his wines are available in Vinmonopolet. 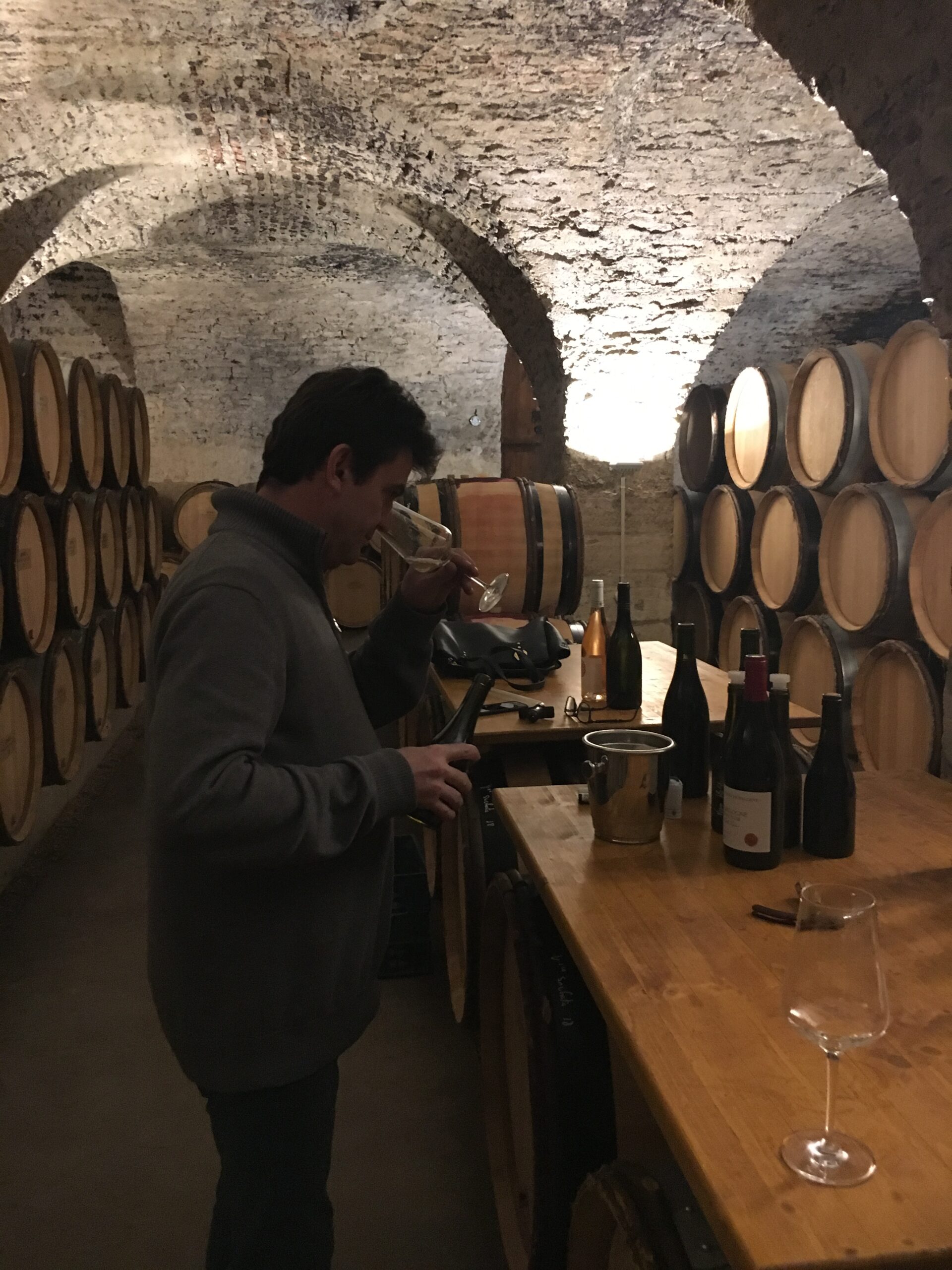